Lucifer before his fall
By the time the universe was created God created the angels to glorify Him. He created Lucifer and made him an archangel and a prince. In hierarchy Lucifer was at the top together with the other archangels. As the picture depicts Lucifer was very handsome. 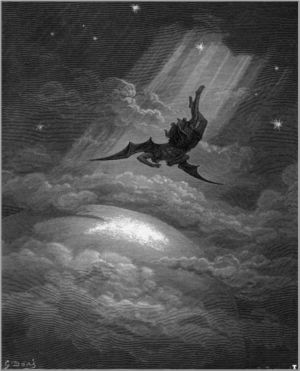 Lucifer falls down to earth from heaven
Lucifer got proud and disobeyed God. He rebelled against God. In this rebellion 1/3 of the angels followed Lucifer. Then, God cursed Lucifer and his angels and threw them out of heaven down to earth. 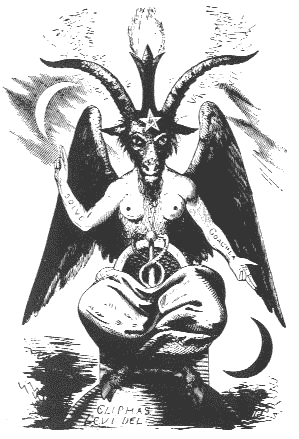 Lucifer or Satan after his fall
From the curse Lucifer became very ugly. He was burned, became black, horns and a tail grew up. He became a beast. Lucifer and his demons did not loose the gift to transform to other forms. Their true appearance, however, is like the picture shown. This is an example of what pride can do. From then, Lucifer or Satan tries to make people disobey God, God's commandments, sending their souls to hell.